One person can make a difference, and everyone should try. — John F. Kennedy 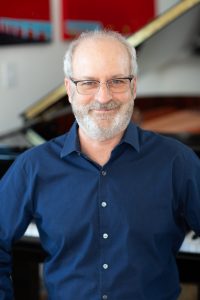 I was in New York City a few years ago having a conversation with a former United Nations ambassador about my first book, Until It’s Gone, Ending Poverty in our Nation, in our Lifetime. He asked me several questions about my assumptions regarding the nature of poverty and about my work at Circles USA. After 30 minutes of dialogue, he revealed what was really behind his questioning when he said to me, “Jesus said the poor will always be with us. Is ending poverty going against the Bible?”

The former ambassador was not alone in asking this question. For many in the nation, the biblical proclamation that “the poor will always be with us” strongly suggests that no matter what we do, we will always have poverty. From this point of view, any attempt to eradicate poverty is a task that has no hope of success. Perhaps the best that we can hope for is to manage poverty or maybe save a few people. But can we believe in ending poverty? Yes, I believe we can do it, but only if we change our mind-set.

Through the Transformational Leadership Program, we will review assumptions about high-impact strategies that are worth investing time and resources in pursuing. High impact means the effort aims to change the mind-set that created the organization or system of organizations. The mind-set informs the goals that shape the programs of the organization. To create a system to end poverty requires that the system change its entire culture.

For example, when people don’t believe that the poverty rate can be reduced, let alone eliminated, they create a poverty management system. To change that system, we will have to apply resources toward affecting the deeper beliefs that shape the system’s culture. How can we can challenge such a dominating belief?

I took the former ambassador’s belief that “the poor will always be with us” to a theologian who works closely with a Circles USA chapter and discovered that the original teaching has been taken out of context. If one Googles “the poor will always be with us,” she or he will find evidence of this confusion with warnings not to use this statement to discourage social action. Additionally, many passages in the Bible suggest a much more active stance toward the poor.

While this example from Christianity is a useful teaching tool, Circles USA partners with a range of secular and religious organizations. Circles USA’s inclusive, nonpartisan community welcomes people from all faiths, ethnic backgrounds, sexual orientations, and socioeconomic classes. Understanding the beliefs of these diverse community stakeholders is key.

From the book: Transformational Leadership: A Framework to End Poverty ~ By Scott C. Miller